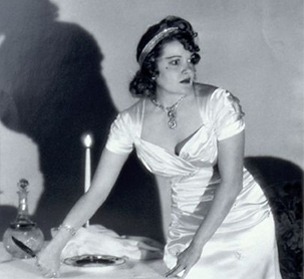 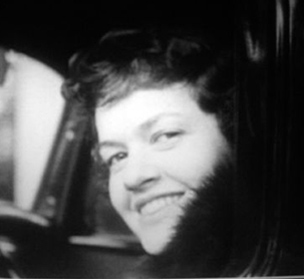 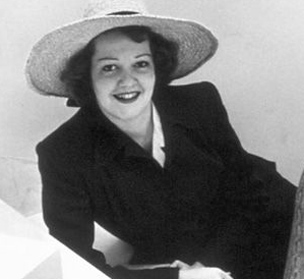 Suzy Frelinghuysen was born in 1911 in New Jersey and descended from a long line of clergymen and politicians. Her grandfather Frederick T. Frelinghuysen was Secretary of State under President Chester A. Arthur, Theodore Frelinghuysen was a Senator from New Jersey who opposed Jackson's removal of the Cherokees from their land and ran as a VP candidate with Henry Clay.

Suzy was named Estelle, after her mother, but given the nickname of Suzy by her four brothers who thought their baby sister resembled a monkey they had just visited at the zoo. Suzy was educated at Miss Fine's in Princeton and privately tutored in art and music and made childhood trips to Europe. In 1935 she married Morris who encouraged her painting and in 1938 became the first woman artist to have a painting placed in the permanent collection of the Museum of Living Art. Her principle interest remained music and after WWII she auditioned for the New York City Opera and became an instant success, singing the lead roles as a dramatic soprano in “Tosca” and “Ariadne auf Naxos” under the name Suzy Morris. She toured opera houses and recital halls in Europe and the United States. Her career was cut short with her retirement in 1951 after a bout of bronchitis. She began painting full time again, achieving some of her finest works. When asked how she reconciled the two art forms, singing and painting, she told an interviewer, “In painting, you're concerned with the arrangement of forms. On the stage, which is your frame, you're concerned with arranging yourself. It's like a picture, only, of course, you're moving.”

She died in 1988 in Lenox, Massachusetts and left instructions in her will that the house and art collection be used to further the understanding of abstract art in America.

Her work is intently sought after by private collectors and can be viewed in the collections of the Metropolitan Museum of Art, The Philadelphia Museum of Art and the Carnegie Art Institute.

Please view the Gallery pages to see a sampling of Morris' and Frelinghuysen's artwork as well as their collection.
